A tale of two Blue Mondays, to cheer you up | Pixel Studioz
Skip to content 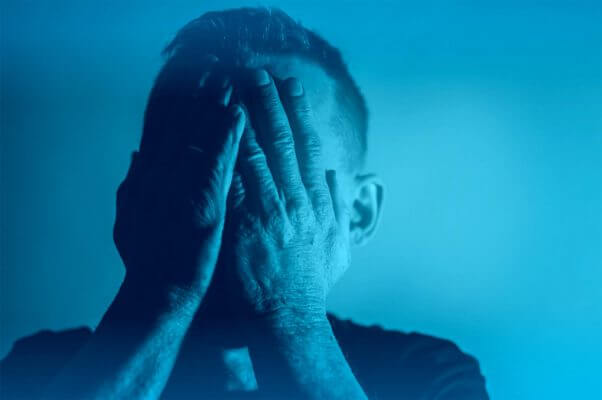 Blue Monday has come and gone, and whether you believe that there is real science behind it, or it’s just a marketing gimmick to get you to go on vacation – the reality of mid-winter is bleak. Blue Monday usually falls on the third Monday of January, which means most of Christmas lights and decorations are gone. The festive season is also over (Christmas, New Years, Orthodox Christmas). On top of that, the holiday credit card bills are arriving to your mailboxes, and the cold weather is here to stay for at least another 6-8 weeks. So no wonder people are depressed and blue.

So here is a tale of two Blue Mondays, to give you an idea how they can sneak up on you, impact you, and perhaps empower you. Yes, I know I’m publishing it a bit late, but winter nights are long, and I hope this can be a comfort read for you.

Two years ago, mid-January 2017, in a single Monday, I got four (4) rejections for job applications. Two right around breakfast, as I was checking emails; one more around lunch; and one more as I drove out to pick up family members (from schools and train station) in late afternoon. Different companies, different roles, in different states of interviewing process. It was like four separate industries have yelled “no thank you” and slammed their doors in my face. To top it off, a really cool web project that I completed just before the holidays – was seriously delayed with payment (clerical error, not through anyone’s fault). This was a serious chunk of money I expected to get me through the holidays – and it was nearly a month late. On the same day, I got an email confirmation that indeed, due to clerical error, the funds won’t be coming anytime soon. I kept telling myself that it’s just a co-incidence, and nobody conspired against me, just a series of rejections or mistakes. But at the time, as the day progressed, it felt more and more like shit.

My only regular client at the time – with whom I had a short-term contract since mid-fall (and who was generally happy with the work), had a follow-up meeting next day. But you can imagine how I felt preparing for that meeting. All my other freelance was irregular work, previous year’s Q4 invoices were out, and most of them already were paid. The next round of invoices was going out March 31st. Long way until the next pay. The simple fact was, I needed new work, I needed to get paid for the work already done, but more importantly, I needed to get traction with other full-time opportunities. And four of them – just vanished. That Monday, two years ago – was easily the darkest day of my professional life. Easily. I’ve had rejections before, and many times since. I will have rejections again. I’ve been fired before, I will likely get fired again (that is assuming anyone will ever hire me first). But that single day was a punch below the waist, and as I kept checking emails – the news got worse.

The next day I had two meetings: the follow-up with the 3-month client (it got extended on the spot, they gave me an even longer list of things to work on). And I had a follow up with the other client – whose payment was delayed. That, too surprisingly went well, they acknowledged the clerical issues, and fast-tracked paperwork for me to register as a casual (read: irregular) employee. Oh, and they had a bit of work for me as well. In a few weeks, both those clients have gotten into regular freelance routine with me, and both have recommended my services to other departments/friends, but I’m jumping way ahead… Point is, my Tuesday was much brighter than Blue Monday 2017.

My mid-January 2017 was bad, real bad. I remember that Blue Monday to this day. It was an effort to do anything at all. I had no benefit of 24-hour hindsight. It felt like a bottom.

Fast-forward a year. Another Blue Monday, mid-January, in 2018. In addition to the above mentioned clients, I had another part-time consulting gig, where I had to be in the office 1-2 days a week. Monday was going pretty well. I finished the work early. The team was great: we worked agile, the boss was comfortable with remote work, flex hours – so if the tasks are done early – feel free to take off early. On the way back home, I checked my email, and found 4 more invites (2 from existing clients, 2 new prospects) to meet as soon as possible. So I tentatively scheduled them all on Tuesday, thinking that no way all four of them will confirm, and this scheduling will drag on for a few days. Surprisingly, three of them confirmed right away, immediately filling up my Tuesday. The fourth client needed a meeting more urgently, maybe a phoner – so instead, I dropped by their HQ on the way to the train station. During our meeting I got a to-do list, with a green-light to execute right away. On the way home, in the train, I was already planning how to execute the project, and later in the evening, I got logins/access to start the work.

And the following day, I made it to the remaining three meetings, and each was productive – more/new clients/partners got on board, asking me to help out with their products, their clients, their teams, their technology, etc. By Tuesday evening I had a long list of potential work, and 2 new clients. Yes, those 2 leads from day before – converted with a single meeting. I felt fantastic.

I will win work again, and I will gain clients, as part of my freelance work, but this 2-day roller-coaster – is hard to beat. Consecutive green lights feel good. They compound.

[bctt tweet=”We all slip, and we all cry. Getting up is difficult. But not getting up, and wallowing instead – is a dead end. It’s a bottom.” username=”beniaminov”]

So why am I sharing this with you?

It’s true what they say – what doesn’t kill you, makes you stronger. In 2017, on that dreaded Monday, I took the rejections, and found strength to go to yet another meeting. To prep for another pitch. To stand by my work, and my experience. And it paid off. Not instantly, gradually. The point is to seize those opportunities, and not let failures get you down. We all slip, and we all cry. Getting up is difficult. But not getting up, and wallowing instead – is a dead end. It’s a bottom.

And another thing is true – stay aggressively positive. Don’t dwell on the bad news, instead learn from them. Don’t rest on your wins, but find that one – a single one – and scale it up. That single client who gave you a shot – and who is genuinely happy with your work – will be your biggest supporter. Focus on successes, and model your other tasks and workflow on them.

And another thing is true – sometimes recruiters just don’t know what they want. Out of those four rejections back in January 2017, two companies are still looking for exactly the same roles, two years later. Maybe I would have been a perfect fit for them (and they missed out), or maybe they were looking for the wrong people all along (and I wasted my time and effort applying). I do not intend to find out. Moving on.

And lastly, small advice to recruiters: maybe don’t send out quite so many rejections on Mondays. I know you’re just cleaning up your mailbox, but maybe consider the candidates and don’t be a statistic.

A lot of things have happened in my professional life in the last 2.5 years. I will share more of these stories soon. Please share this, and stay aggressively positive.

PS: Meanwhile, if you’re still depressed about mid-winter Mondays, consider this. The shortest day of the year was back on December 21, 2018, just under 9 hours of daylight. By January 21st, 2019 (when I was SUPPOSED to publish this), the day would have been 9.5 hours long. And as I publish this, early February, the daylight is 10 hours, 15 minutes. Use your time wisely.