Why Is Inbox Zero Still a Thing? | Pixel Studioz
Skip to content 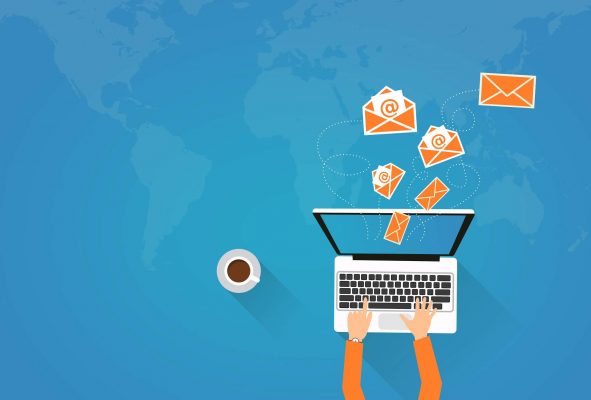 It’s been a few years since Inbox Zero became a mainstream concept. This philosophy basically encourages to empty their mailbox, and strive for literally zero messages. Sounds great at first – but if you think about it – can also lead to some bad habits.

For instance: there’s a certain group of managers (you may know a few), who tend to send off urgent request at the end of the business day, or worse – at the end of a week. Friday 4:45pm emails of relative urgency – something that YOU KNOW could have been handled sooner, but is now on your plate, and you’re responsible for it. What makes this situation worse is that if you do drop everything, attend to the issue, and reply within minutes, let’s say at 4:55, you get a nice and friendly ‘I am out of office’ auto-responder. Yes, from the very person who has alerted you to an issue. Yeah, this happens, and with Inbox Zero, people like that abuse production workflow and company communications even worse. In their mind, their tasks are done, their plate is clean, and they can leave early. The recipient of such a message is distracted by the late urgency, disrespected by the obvious NIMBYism, and is further frustrated at the 4:55 ‘out-of-office’ message. That person is about to make a bad decision – to stay late and finish this unplanned, poorly communicated task (without proper feedback or support), or leave it for the next day/week. Both are bad choices, both – caused by someone’s strife for an empty mailbox.

Here’s another situation: A request email comes in from a client. A Very Important Client. Instead of properly analyzing, planning, scoping, budgeting and approving this request, and taking their time with the reply, the Inbox Zero fan quickly replies half-baked, half-thought-out proposal/agreement/reply – which quickly bloats into a long email thread, with other people pulled in to answer various questions, adjust timelines specs, and conditions – destroying everyone’s time and focus along the way. Not to mention eroding one’s reputation as a good communicator. In a rush to reply quickly, this quick reply sabotages the client’s trust, distracted the team, possibly resulted in an over-promise.

These two scenarios happen more often than you think – and Inbox Zero has been a great amplifier of it. Initially a good concept, Inbox Zero is easily abused by people in a hurry – and causes systematic, toxic workflow. I get it – having a clean plate is a good feeling, especially at the end of the day (or week). But it doesn’t have to automatically mean an empty mailbox. Some conversations need to take time. Some replies need proper analysis and scoping. And some tasks – you should have handled earlier in the day, instead of shoving them off on someone else’s plate at 4:45 pm. That’s just a bad management move, and you know it. You should certainly acknowledge important or urgent issues quickly, but that doesn’t mean the email thread gets removed. You should certainly assign tasks to other team members, but only when you have all the information, specs and materials to do a proper hand-over. Until then – let that message sit in your mailbox, because it’s your current responsibility, no matter how much you want that shot of endorphin, seeing an empty mailbox.

Inbox Zero was a solution for too much noise we get in our emails. But under the surface, there’s an overlooked strategy to prioritize, and identify what needs immediate attention, and what can wait. It’s not an excuse to literally discard emails altogether, or to pass them on, ‘out of sight, out of mind’. Maybe we should rename it to Inbox Resolved. If you literally strive for zero messages, you gotta suspect you’re bloating someone else’s workload and cognitive load.

You need to realize that a good chunk of emails we get – are still largely informational. You cannot (and should not) react to them right away, and react to all of them the same way. It really messes up with your concentration and productivity. So sit on it, clean your mailboxes strategically, and don’t be that manager who sends out a dozen of tasks on a late Friday afternoon. Nobody likes you, no matter how empty your mailbox is. And nobody is going to believe that this work ‘just came in’. Be honest – and manage, instead of merely handing things off, like a hot potato.