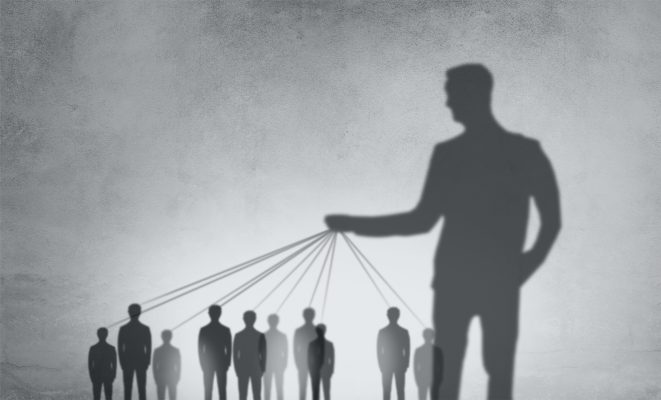 I’m sure you’ve heard about Basecamp controversy by now. Briefly, this software company which, for years has prided itself on transparency, openness, remote culture – has suddenly announced major internal policy changes (restricting political discussions, reducing various benefits, eliminating committees, eliminating reviews) earlier this week. Unsurprisingly, this caused public outcry, which resulted in additional explainers from company leaders, but overall – this only made matters worse. The damage has been done. Whatever customer fallout from this – is yet to be seen, but the staff is severely reduced – about a third of employees have announced resignations by the end of the week.

Lots have been written about it, and dissected – but I want to focus on the bigger picture stuff, and how this may affect the industry.

First of all, just imagine for a minute that you announce something on April 26th, get so much flak that you need to re-iterate and double-down on these changes on April 28th, only to see a third of your staff depart by April 30th. This is astoundingly bad. This is a tragedy – let’s put aside politics for a moment – this is a company imploding. A company with a highly respected, well-recognized product. Sad and disappointing, in many ways. Entirely self-inflicted.

Secondly (I’m still not touching politics for the moment), there are multiple silver linings in this. If a company is known to being public about its internal changes, they will benefit from the good will it generates. In fact, Basecamp greatly benefited from this PR strategy – I have been an admirer, user and champion of their product for years, I even applied for a few positions a couple of years ago. Consequently, if the same company openly makes a policy change that appears tone-deaf, protectionist, maybe even regressive – then the backlash is understandable and is most logical. This is a good thing. More companies need to do this, and openly communicate their intentions – good or bad (and maybe discuss these internally first – but I don’t want to dissect the drama here). I’d prefer a botched public announcement, to a quiet, internal one that nobody knows about, and everybody’s afraid to report on. I’ve been through a few of those myself in the past. Will spare you details. It’s painful. Another silver lining – the people who are leaving Basecamp – are leaving because of culture clash, not skill mismatch. So whoever hires them – will inherit that culture, as well as their skills. Think about this, recruiters. This may amplify across the industry, if these people continue to be in positions of power, in other companies – and continue the culture of openness elsewhere. This, too – is a silver lining – but is painful in the short-term.

Thirdly (I’m gonna get political for a second here, bear with me) – I’m still waiting for the other shoe to drop. These policy changes at Basecamp – at first look like attempts to cut costs, reign in openness, and consolidate branding/control. Typical startup/capitalism stuff – spend less, focus more, gain productivity. But there may be another reason for it – perhaps their user base is highly politicized already? Perhaps many of those deplatformed right-wingers that have recently been chased from ad-platforms, social-platforms, payment-platforms – are using Basecamp to organize their web projects? I don’t have any insider information, this is pure speculation – but all of a sudden restricting political conversation on your platform – reeks of fascism, and this can only point to a certain segment of media/misinformation/industry. Maybe there are talks of company being bought off by a highly politicized outlet? Again, pure speculation. I hope I am wrong, and this is merely two white guys imposing their culture on the rest of the company, and saving operational costs along the way. Still bad, but fixable (see previous paragraph).

And finally, the bigger-picture stuff: look at your own career path – how many times has YOUR employer made a public (or internal) announcement, and while it didn’t sit well with you, you bit your lip, stayed quiet and came back to work the next day? Hanging on to other silver linings: job security, cool place to work, great location, easy commute, good pay – whatever justification you told yourself at the time (“I’m putting up with this, and compromising a little bit here, but in other aspects, it’s still an okay place to continue working and growing”). I’m not shaming here, many of us have been through this, and stayed – which normalized company’s policies. I understand. Tough personal choice. But if it was in public view – resigning would be easier, and your horizons would open up faster, right? Because you would not be alone in this sudden career change. Because smart recruiters will be hounding you. And because the alternative is you keep compromising on little things and one day find yourself submerged in toxic policies and being shown the door. Not for skills. For culture clash. For culture that changed around you – for worse.

Let me attempt to summarize this blathering:

There are many motivators to stay put, and keep doing what you’re doing. That’s why it’s called a job, a career. There’s a path, there’s an expectation, of compromises along the way. And then there’s the company culture. Competitive vs. collaborative. Open vs. closed. Monolithic vs. agile. As more people have courage to ignore the direct motivators, and move on, based on HOW THEY WORK, and not WHERE THEY WORK (indirect motivators) – this mindset should spread. I see this implosion as a positive – for the rest of us. It’s a bloody lesson (for Basecamp), but it’s a valuable case-study for the rest of the industry.

Maybe, just maybe, we’re moving beyond grindwork, beyond empty blog declarations about healthy company cultures, and towards team leaders genuinely putting an effort in building, retaining and evolving those healthy cultures. I’d like to see more of that. It’s really unfortunate for Basecamp – but I hope in this case the culture outlives the company, and is adopted (genuinely) in other places. Fingers crossed. Now go an hire all those expats. I have a feeling we’ll hear from them soon.

PS: In software terms, sometime bad code is released (deployed) to production (live) websites. It breaks things, causes chaos, outrage. But it does happen. That’s why software release cycles have ‘reverts’, ‘restore from backup’, basic ‘undo’ function. Is it too late to restore Basecamp from last week’s backup?..